Wesley Willis was a Chicago character who became well known in the 1990s for his solo music and his music with his band “The Wesley Willis Fiasco” and for his artwork, which he often sold on the street for $10 to $20 per drawing.

Perhaps nothing increases the value of an artist’s work more than his death, for their legend grows as the realization that there will be no more work produced sinks in. On Tuesday, fifteen years after Willis’ death, several of his drawings will be on sale for between $1200 and $1800.

Willis, who stood 6 foot five and weighed more than 300 pounds at the time of his death, had a permanent bruise on his forehead from headbutting fans, his preferred form of greeting. He grew up in the projects and was mostly raised by two older brothers. He was diagnosed with paranoid schizophrenia in the late 1980s and was institutionalized for two months at the time. In 1991, after befriending some musicians in the city’s booming alt-rock scene, he would record several solo albums and also form The Wesley Wiillis Fiasco.

His music, often described as outsider punk with a touch of humor, was much like his artwork — color-ink sketches that have been described as primitive, yet precise. Now, 15 years after his death from complications from chronic myelogenous leukemia, several of his drawings will be up for sale because of the recent closing of Logan Square’s Quenchers Saloon, where he was a regular.

Willis, who began going to the bar in 1991, would often sell drawings to owner Earle Johnson for cash and a meal. It was the closing of the bar that led to Tuesday’s sale of Johnson’s collection of Willis’ drawings, according to Lynne McDaniel, owner of Estate Sale Goddess and organizer of the sale.

During his life, Willis did receive recognition for both his music and his artwork. He was the subject of a 2003 documentary called “The Daddy of Rock ‘n’ Roll.” His music received attention from Eddie Vedder, Henry Rollins and Jello Biafra; and he received some recognition as an artist — being featured in a 1988 public access documentary entitled “Wesley Willis: Artist of the Streets.” But as with most artists, their work often draws more attention and demand after they are gone. On Tuesday, 15 of Willis’ drawings along with 50 posters of his work will be sold from 6 to 9 p.m. at Orange Moon, McDaniel’s gallery at 2418 W. North Avenue.

“I’ve had a lot of calls from the West Coast. I’m expecting a lot of fans and a lot of serious art collectors to come to the sale,” McDaniel said.

The original drawings are priced from $1200 to $1800, but there will be posters for sale for $50 for those on a smaller budget. Below are pictures of some of the drawings that will be for sale. For more information, click here. 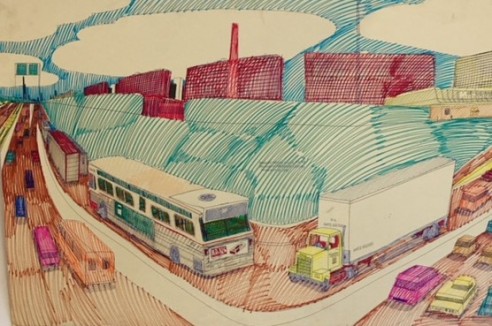 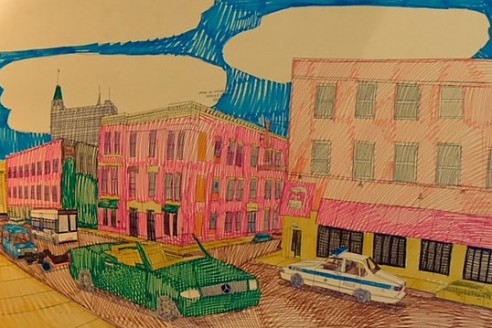 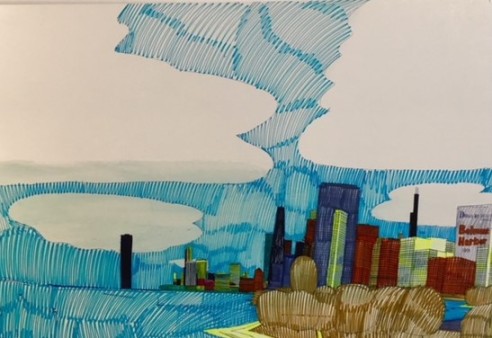 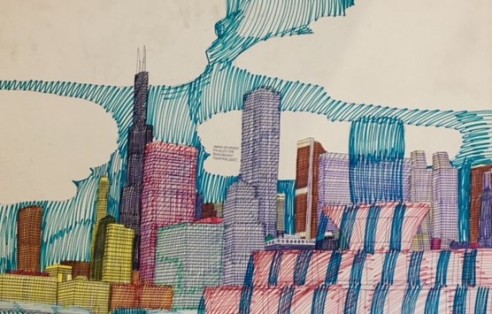 3 Responses to “Wesley Willis artwork to be sold off Tuesday”