Just as Chicago may never shake its reputation for organized crime, the Kennedy assassination may never be solved. The two have intersected in the new play “Assassination Theater: Chicago’s Role In The Crime of The Century,” by investigative reporter and Chicagoan Hillel Levin that will open August 18. Billed as a “theatrical investigation” with fully documented testimony and rare photos, Levin has taken a journalistic approach to his play. Unlike most playwrights, who usually say things like, “the audience can make its own conclusion,” Levin says you will walk away convinced the Chicago Outfit played a key role in the crime of the century.

The Chicago Ambassador caught up with Levin a few days before the show opens and he filled us in on his seven-year labor of love that opens August 18. (For Bob Chiarito’s review of the play, click here) 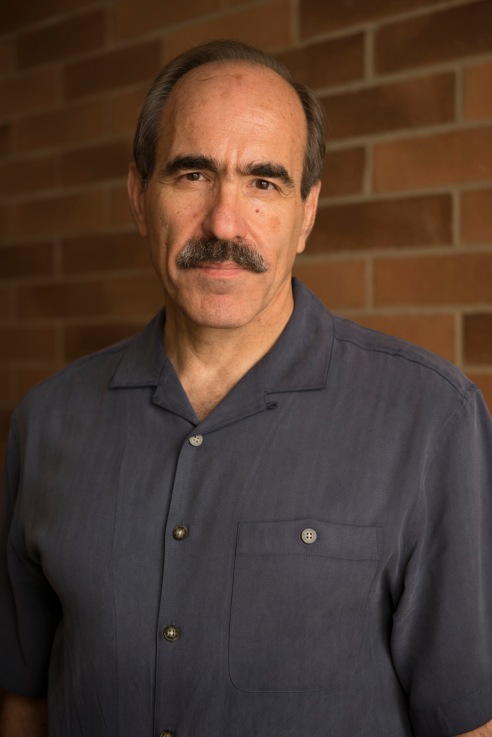 CA) Did you write this play by yourself, or was it a collaboration with former FBI agent Zechariah Shelton?

CA) The play alleges that the Chicago Outfit was responsible for the killing of JFK. Is there anything new about your theory?

LEVIN) There’s a lot of ground-breaking things. Carlos Marcello from New Orleans has been put in there quite a bit, and so has [Santo] Trafficante because of the House Select committee in the 1970s, but there’s really never been, other than sporadic treatment, anything about why Chicago got involved. My feeling is that it’s indispensable. Without Chicago, it wouldn’t have happened. You’re not going to find that in too many places.

CA) You focus on Tony Accardo as the ring-leader rather than on Sam Giancana. Why?

LEVIN) Yes, because he ran the mob for 50 years. There’s this huge misconception, a lot of it driven by the fact that the press really didn’t understand what was happening in the 1960s and 1970s. There was this fallacy that somehow Giancana was the boss. He was more equivalent to a CEO, but Accardo remained the Chairman of the Board throughout. He never stepped down, he was never pushed aside. To the extent that he moved into a less administrative role, that was of his own volition. He had a succession of guys that he always tried to replace because he didn’t want to deal with the day-to-day business. I think you can argue that [Joey] Aiuppa became more equivalent to that CEO or second in command for a long period of time after Giancana. Unless you understand that Accardo remained in charge, it doesn’t make sense.

CA) The play is being billed as ‘a theatrical investigation.’  Are you presenting it as fact?

LEVIN) Yes. Everything has a source. I have revelations in the play for people who have followed it and will be surprised by it. I think people will be amazed by how much has come out that they are not aware of.

CA) Come out since when?

LEVIN) Documents that have been released by the government since the 1990s.

CA) Have you heard from any Kennedy assassination scholars about the play?

LEVIN) That’s a good question. Who are they? I don’t have an axe to grind. Even when it comes to organized crime, it was my writing about that that led me to Zack. As you’ll see in the play, I tried to play it down the middle and keep an open mind to all of it. I think organized crime did it because it’s the most compelling, fully complete, most plausible answer. The real shame of this is that this subject has not been taken that seriously. You say ‘Kennedy assassination scholars,’ who do you really mean? There are people in the research community who I’ve think have done incredible work. A lot of it is not traditional work. It’s not necessarily in a book published by Viking, it’s something that someone has self-published or put out with a small publisher. On the other hand, there are some people who have published some things with more recognized publishers and there also are demonstrative cranks. But you can’t just dismiss someone who’s not a traditional historian because historians have been almost criminally neglectful on this topic. There’s no excuse for it given the importance of it. I think there’s an extent to which, especially journalists, want to turn their heads and say ‘this is going to get me dirty, I can’t take a look at it.’ Again, this has done a huge disservice. By the way, the Warren Report does not stand up to close inspection, not at all. A lot of it is self-contradictory, some of it is laughable. We looked at all of that. We’re not going to beat around the bush, we’re not going to say ‘Here’s something that we can’t figure out.’ Zack and I disagree on a couple elements, but the audience is going to walk away saying there was a conspiracy and that no one is more likely to have done it than the Outfit. You will walk away with that.

CA) What do Zack and you disagree on? Anything major?

LEVIN) Primarily in regards to how high up the CIA involvement was. My feeling is that a lot of the individuals involved in the case were both mobsters and people with demonstrated histories of being used by the CIA.

CA) So he thinks the CIA was involved?

LEVIN) He thinks that rogue CIA operatives could have been involved, but not in control of the plot. I believe that if any were involved, they were lower-level shared assets with the mob. 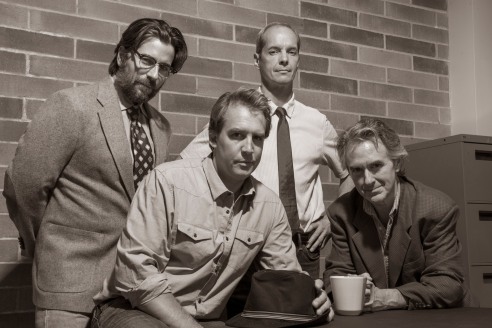 CA) How long is the play?

CA) Was it hard to narrow it down to two hours considering it’s such a huge topic?

LEVIN) It took about seven years. (Laughter). Seriously. I’m convinced that the only way this would work is in the theatre. Again, I’ve never made any claims to be an assassination scholar. I’ve played to a lot of work that has been done, including from some of the ‘denial people;’ but I see my role as a distiller. What are the specific, most definitive issues that convince us that there was more than one shooter? There’s a lot of different things you can play to, but what are the most specific and definitive? Because to me, I want to say here are the three things that basically take the Warren Commission to pieces. It’s collaborated a number of different ways so you have no doubt as to what we are saying. There’s not a lot of things out there in my opinion. There are a lot of strong things, a lot of conspiracies, and a lot of important issues, and lot of them can become rabbit holes. Even though they may have validity, they’re rabbit holes. You can be into a play an hour and a half before you get out of it. A lot of it was focusing on issues that wouldn’t become rabbit holes. For instance, the Zapruder film. You could talk about that in and of itself for 90 minutes, so I just don’t go there.

CA) So you didn’t really have to take any dramatic license?

LEVIN) Not at all. Well, there’s some. I think it’s incredibly dramatic. I don’t change the meaning, I don’t put words in their mouths. Some of it I do edit for clarity. Once in awhile you have to take a sentence out but you don’t have to do much. The words they said are really dramatic. These documents have come out and they truly speak for themselves.

CA) Is this the first time you’ve written a play?

LEVIN) I’ve written other plays, I love plays. None have been produced. My career has been as an investigative reporter and non-fiction writer.

CA) This came about because of your work on the Accardo magazine story?

LEVIN) Yeah and the whole reason I listened to Zack was that “When Corruption Was King” opened my eyes to the power of the mob and the incredible sophistication of Accardo. Not just in terms of crime, but also in politics, insurance, off-shore banking, the stock market. I think he was one of the most influential men of the 20th Century. Not for good. These guys built Las Vegas. Most people, inside and outside Chicago, have no idea of the extent of the mob influence.

CA) How long is the play slated to run?

CA) Is it possible that it will be extended?

LEVIN) Yes, if it does well, we have that opportunity.

CA) Not to go too far off subject, but I know the “Idol’s Eye” was the movie that was being made based off the 2007 Playboy article you wrote called “Boosting the Big Tuna” about the burglary of Accardo’s home. What’s the status on that?

LEVIN) There was a producer involved who was over extended. It’s the same guy who just pulled the plug on a Bruce Willis movie a few months ago. It’s a tragedy. We had all these sets built in Toronto, a great director, Robert De Niro and Rachel Weisz. But that’s the problem in Hollywood. You have a lot of over-extended disreputable individuals. He fooled a lot of people.

CA) Is it possible that it will be revived?

LEVIN) I don’t know, I can’t say one way or the other. I don’t have my rights back. That takes a year and a half.

CA) Do you plan on shopping it around once you have the rights to it again?

LEVIN) I don’t know. Hollywood is a soul-killing place. This has been a much more rewarding experience for me.

CA) What’s next for you after the play?

LEVIN) This is all-consuming. I literally have not thought about another thing for months.

Assassination Theater: Chicago’s Role in the Crime of the Century  will open August 18 at the Museum of Broadcast Communications in River North. For more information, click here.

For Bob Chiarito’s review of the play, click here.